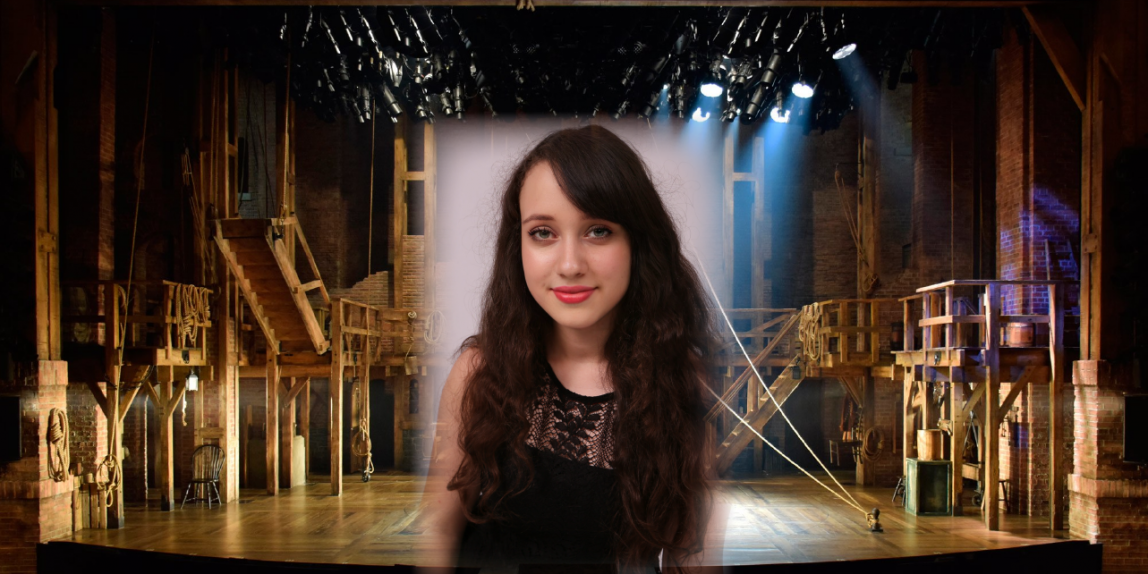 Born September 29, 2005, Luanda’s career started before she was born with her mother’s pregnancy and Luanda’s birth being documented in the feature-length documentary “Einstein Wrong – The Miracle Year“, directed by her father. She loved the camera and her father noticed her unusually mature talents at an early age.

Half Brazilian, half American, Luanda started formally dancing, singing at a very early age singing her first concert at age 4 (see her 4 year-old and 5 year old recitals). By age 6, she was belting and doing improv and her talent was obvious. During elementary school she participated in several singing and music groups but mainly performed at home In homemade music videos and living a normal life as a kid.

Moving to Boca Raton Florida with her family in 2014, Luanda entered her first school drama club production at age 11 in the sixth grade in 2016 landing the supporting role of the Sour Kangaroo in “Seussical the Musical” given her powerful voice.

In her first role in a full production at age 11, Luanda was compared to a young Bette Midler and Janis Joplin by audience and faculty members (see highlights of her performance here).

In 2017, Luanda as a 7th grader at age 12 landed the the supporting role of Mrs. McAfee in the musical “Bye-Bye-Birdie” and despite being in the 7th Grade, was elected president of the drama club by all the drama club members. She also performed a solo musical act singing Disney’s Aladdin song “Friend Like Me” (see her performance here).

In 2018 as an 8th grader and now 13, Luanda landed the lead role in the Little Mermaid as “Sebastian”. She also auditioned (see her audition here) for the new Junior Thespian Competition Troupe at Boca Raton Middle School where she became the only member of the troupe to medal at the District and State Competitions in all three modalities in which she participated including three superior ratings and three excellent ratings in Musical Solo, Large Group Musical, and Duet Acting. In 2018, Luanda also took up the ukulele. And for a second year, Luanda was elected president by her peers, this time as Co-President of Thespian Troupe #88493.

Still in the 8th grade, in December 2018 Luanda landed the role of Alexi Darling (click the link to see her performances) in her first commercial production as part of the ensemble of a mostly adult cast in the musical “Rent”, the student edition. In the summer of 2019 Luanda was asked to be a student theater camp counselor at Showtime Performing Arts Theatre in downtown Boca, an off-broadway venue where Luanda debuted publicly in Rent. Luanda worked regularly as a teacher and productive assistant at Showtime for children’s theater assisting with singing, dancing and even creating choreography for the children’s show.

In the fall of 2019 in her freshman year at Boca High, Luanda was invited to the advanced theater 2 class normally reserved for upper classman. As a part of her musical theater one class, Luanda took part in the freshman large musical group which took home straight superiors at districts where Luanda played the female lead. Luanda also was featured in the song “Freak Flag” that was to be performed for a freshman showcase but it never was performed in public given the Covid 19 epidemic.

In late 2019 and early 2020, Luanda continued to participate in teen and adult theater productions at Showtime where she continued her training in singing, dance, and acting in weekly intensive classes. In the fall of 2019, Luanda landed the supporting of role of Heather McNamara in the all adult/teen musical “Heathers” and won the female lead Patrice in the musical “13” at Showtime Theatre, the latter of which premiered in early 2020. “13” never went to production because of Covid 19.

Luanda is currently training in dance taking up to 6 classes a week at Taylor Made Studio and Dance Theatre as well as her weekly lessons with vocal coach Rebeca Diaz.

Luanda’s goal is to become a professional musical theater actress.