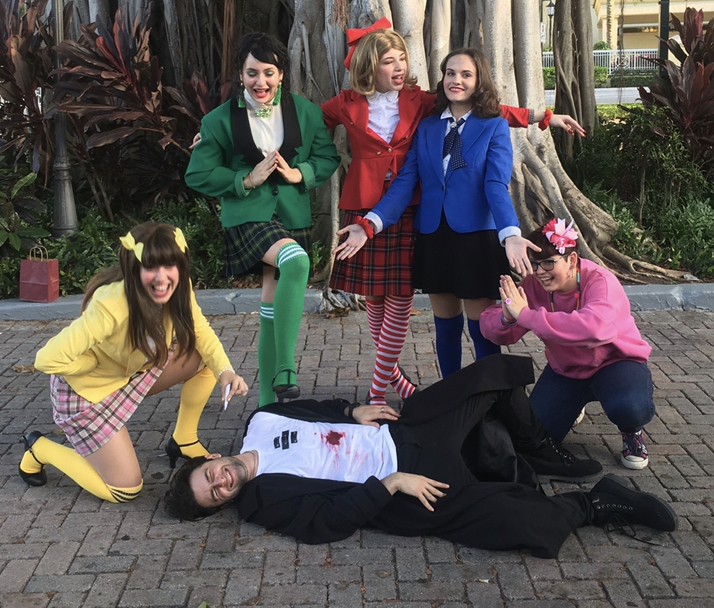 Luanda de Hilster has landed the role of Heather McNamara, one of the three Heathers in the musical “Heathers” which will debut on Saturday, December 7th, 2019 at the Showtime Performing Arts Theatre in downtown Boca Raton Florida. The cast is made up of all teens and adults and produced by Marilyn Perry, directed by Emily Freeman, with music direction by Rebecca Diaz.

The version of Heathers being presented is the High School Version and Luanda, although being the youngest cast member, landed the supporting role of Heather McNamara, the nice head cheerleader who actually stays alive during the entire musical and in Heather’s. And with this zany dark comedy, that is saying something!

One of the nicest characters in the whole musical, she looks quite friendly and open. She doesn’t seem to have a close relationship with Chandler or Duke, but Chandler seems to trust Heather enough to let her into their clique and speaks to her in a much kinder way than she speaks to Duke. Nearing the end of the movie, she reveals that she has depression and admits to Veronica that she is not very strong-willed or independent, saying that if everyone else jumped off a bridge, she probably would too.