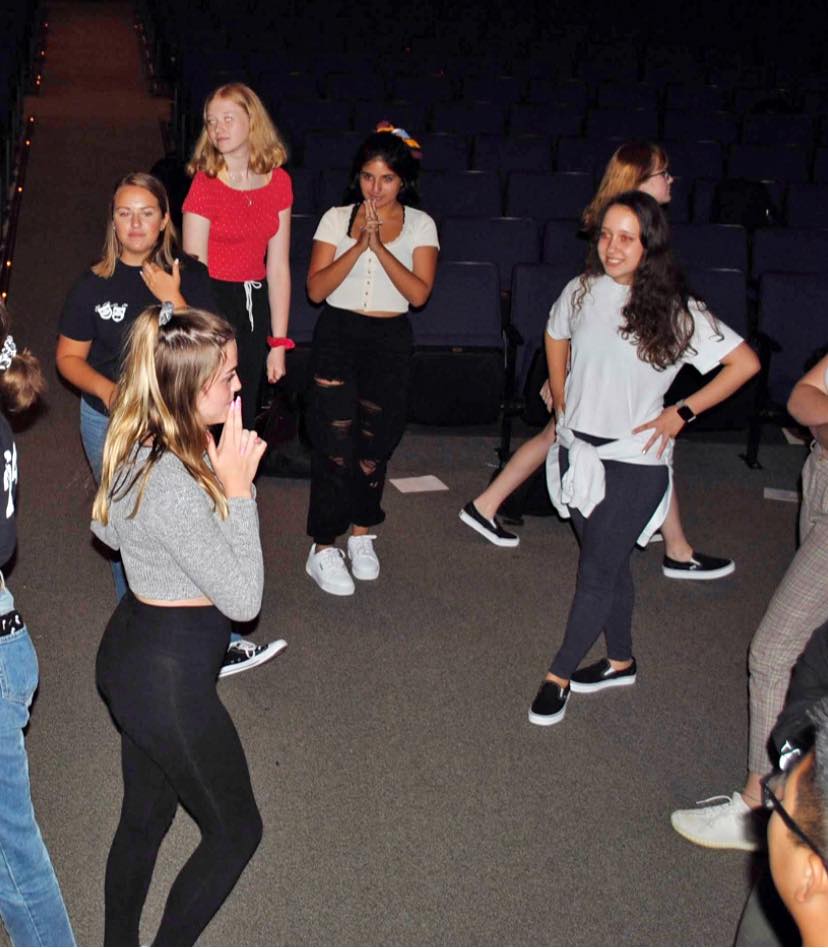 Luanda started her freshman year at Boca Raton Community High School this week where she will be taking Musical Theater 1 for freshman, and Theater 2. She’s also taking advanced placement courses in math and science as well as writing and French.

Musical Theater 1 is the musical theater class for freshman. This year they are putting on a musical showcase in the spring.

Theater 2 is a class that is restricted to sophomores, juniors, and seniors but Luanda was invited to join the class by special invitation from the Drama and Theater director Tia Mapes. This is a great honor for a freshman and Luanda is appears to be the only freshman in the class. Way to go Luanda! A current Boca High junior and former member of Boca Middle Drama who worked with Luanda in 2017 was surprised to see Luanda when she walked into the class but quickly welcomed her and showed her the ropes.

Luanda will be joining Thespian Troupe 2564 which competes in the Florida State Thespians competition. In 2019, Luanda competed in the Junior Thespian competitions where she was the only student to participate in 3 modalities winning 3 superior and 3 excellent medals.

Luanda continues to take vocal lessons from Rebecca Diaz at Showtime Performing Arts Theatre where in January of 2019, Luanda was cast as Alexa Darling in the High School / Teen & Adult version of “Rent”. Luanda plans to audition for two more of the adult productions at Showtime in the coming school year.